14, Polly Borland's 'Polyverse', Consuelo Cavaniglia's 'between and among objects' with Simon Cooper, & a private house-show: 'Freya's Revenage' with Manisha Anjali

This episode is different from the previous ones. Instead of presenting one big conversion between two guest speakers and I, this episode includes two separate small conversations between two speakers and I. It is purely due to the conflict of our personal schedules. But as I attempt to keep things open in this podcast, I have given this arrangement a go.  So, in the first half, you will hear the talk between Simon Cooper, an artist and PhD candidate, and I. We reflected on our trip of seeing Polly Borland's Polyverse exhibition at NGV Ian Potter gallery and Consuelo Cavaniglia's Between and among objects at Margaret Lawrence gallery. Simon spoke about how his life was felt enriched by Polly's photographs. In the 2nd half, Manisha Anjali, a Melbourne-based writer and poet, shared her special experience of attending a private house event of reading performance. The event is titled 'Freya's revenge' and taken place at a residential house in Brunswick suburb. We explored the meaning of such alternative art venues to the major art institutions. 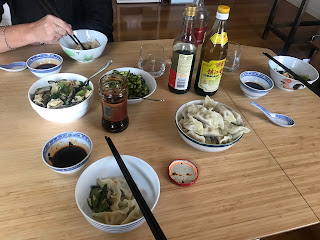 19, the practice and art merchandise, with Sanja Pahoki and Vivian Cooper Smith